After watching the first season of Netflix’s Master of None in 2015, I casually appropriated Dev’s declaration that we were living in the ‘Golden Age of Television’. I mostly bring out this phrase when I want to irritate my boyfriend with semi-pretentious cultural musings, but I think it has fairly accurately described the creative output for the small screen over the past few years. Of course, there have been great television series prior to the Noughties and Teens of the 21st Century, but the quantity of high-quality and compelling drama available to binge watch and tune into every week is at an all-time high. Indeed, I feel like I’ve reached a personal saturation point with all this television. There’s always something I feel like I ‘have’ to watch, that I ‘can’t miss’, a show that’s absolutely amazing. I’m sure they all are, I really do. I just don’t have the time or the emotional energy to spend on them all. When I watch a TV show, I get utterly and overly enthralled and involved with what’s going on, which means that I just can’t commit to all the ups and downs and twists and turns to all these shows all at the same time. It’s just too darn much! Additionally, I spend a lot of my waking time at work or getting to and from work and, as a result, my down time feels very precious to me. Watching TV every night of the week just isn’t the most valuable use of my time. I’ve consciously tried to read more, do cooking, go to the gym and catch up with friends over the phone or face-to-face so that I really make my free time meaningful.

Having said all of that, I am really looking forward to 2019’s TV offerings. They are all returning shows that I have become very emotionally attached to over the past few years. Continuing these stories, or re-emerging myself in the style of the anthology shows, is a very exciting prospect. I may be a bit of a stick in the mud when it comes to watching TV, but these shows are going to have my undivided attention. Obviously, writing a Love Note before watching the shows is pretty presumptuous, because they may all turn out to be crap. This is as much a Love Note to healthy anticipation as it is to the good stuff on the box.

I watched the second series of True Detective before the first and hold the perhaps unpopular opinion that it is as every bit as amazing as its predecessor. True Detective season 1 saw the birth of the McConaissance, was thrilling to watch and brought existential malcontentedness to the small screen in an utterly compelling and accessible way. Yet, season 2 was every bit as fraught and tense, if not moodier. The inner turmoil of the main characters was drawn out like a long spool of string, with episode 6 in particular providing revelations and the most heart-stopping escape scene I have ever watched on TV. Additionally, Vince Vaughn’s performance was transformative.[1] After a long break, we have the next series starring Mahershala Ali and I am very excited for the broody detective and emotional work to commence. 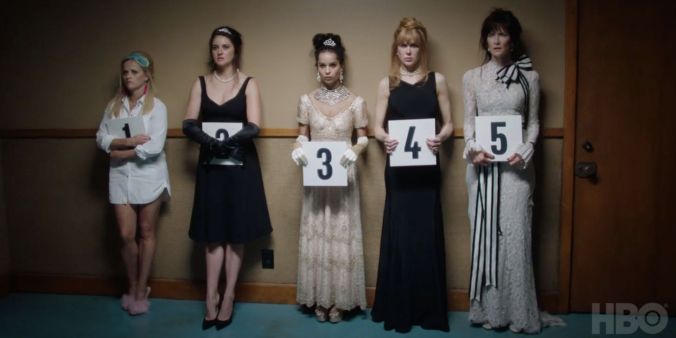 There’s no denying that Big Little Lies was a commercial and critical success when it was released in 2017, with its haul of awards at the Emmys, SAG Awards and Golden Globes a testament to the fact. It’s set to get even bigger with the arrival of Meryl Streep playing Alexander Skarsgard’s mother, as we inevitably witness the fallout of the chaos that revealed itself in the last series. I loved Jean Marc Vallee’s direction of the first season, with its patchwork, dreamlike construction of the women and their entangled, complicated lives; but I am as excited about Andrea Arnold who has taken up the mantle this time round. 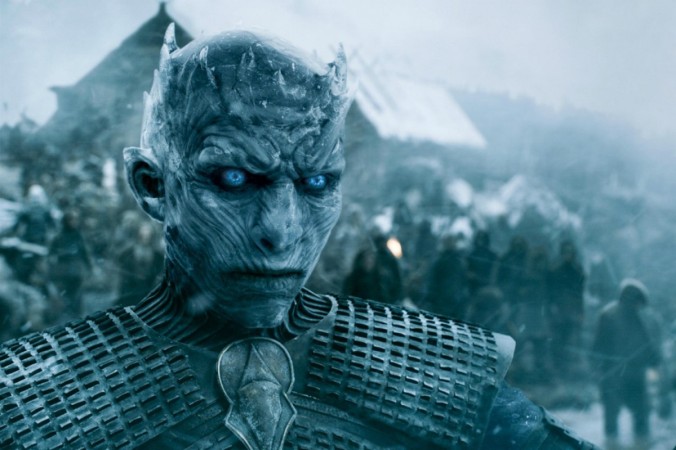 Last season ended with a hell of a ‘holy shit’ moment. Spoiler alert guys, but The Wall is down and personally, I am terrified that that has spelt the end of Tormund who was on The Wall at the time. We’ll just have to wait and see. What we have been building up to since the first moments of the first season is coming to fruition and there’s no doubt that the final twists and turns of this amazing series are going to be epic. I have long had a sneaking suspicion that Game of Thrones is an allegory about climate change (stupid humans fighting amongst themselves, burning children, catching greyscale and having sex whilst ignoring/unaware of the Night King and his army of the dead accumulating momentum) – but maybe that’s an article for another time. I am slightly sheepish about the feature length episodes that we will have to commit to, but it’s the biggest conclusion to a TV series, perhaps, ever. I’m here for that. 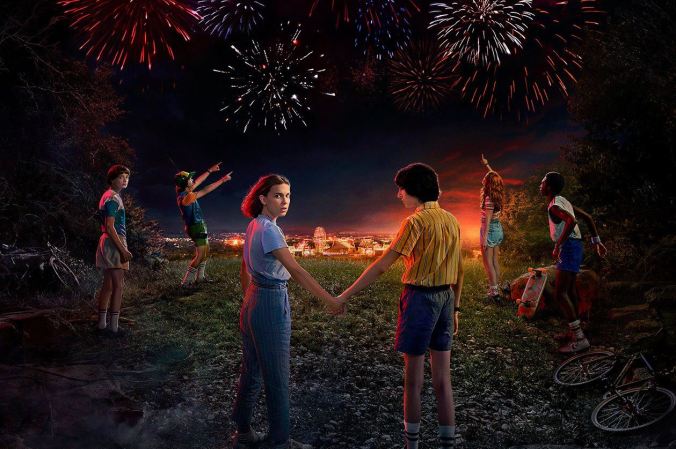 I was so glad that the Duffer brothers decided to take a break between the second series and the third. Whilst I loved season 2, it felt like there had been a slight rush to get it out after the unbridled success of the first. As such, it was suffering a little from what I’ve called Star Wars Syndrome: there were a few new characters and a few new tensions to explore, but the main premise and action was very similar. Instead of exploding another Death Star, the cast were once again turning Joyce’s house into a living and breathing map of The Upside Down and Eleven used her powers to stop the monsters. Now that the writers have had some breathing space, I think Stranger Things 3 is going to be a cracker. In particular, I’m looking forward to my faves returning to the screen: Steve, Erica and Joyce.

The Real Housewives of Beverly Hills and New York

My beautiful beloved trash. I have so many questions: what the hell happened between Lisa Vanderpump and the rest of the Beverly Hills gang? What on EARTH is Brandi Glanville doing back? Will Lisa Rinna’s pill bag make an appearance? How will Carole Radziwill’s exit affect group dynamics in New York? Will Dorinda get messy after another dirty martini? Will Bethenny Frankel stop picking on Ramona and just accept that she’s slightly unhinged but the best thing since sliced bread? SO MANY QUESTIONS.

[1] My friend and I watched episode two first by accident, which opens with Vince Vaughn delivering a monologue about his father whilst staring at a mould stain on the ceiling. We thought this as an unbelievably audacious way to begin a series and were totally here for it. We soon realised that the disorientation we experienced soon afterwards was not a narrative construction but the fact that we’d missed an entire hour of set-up. Nevertheless, Vince Vaughn’s acting here is just amazing.